‘Pictures of Bristol’ – an orchestral suite 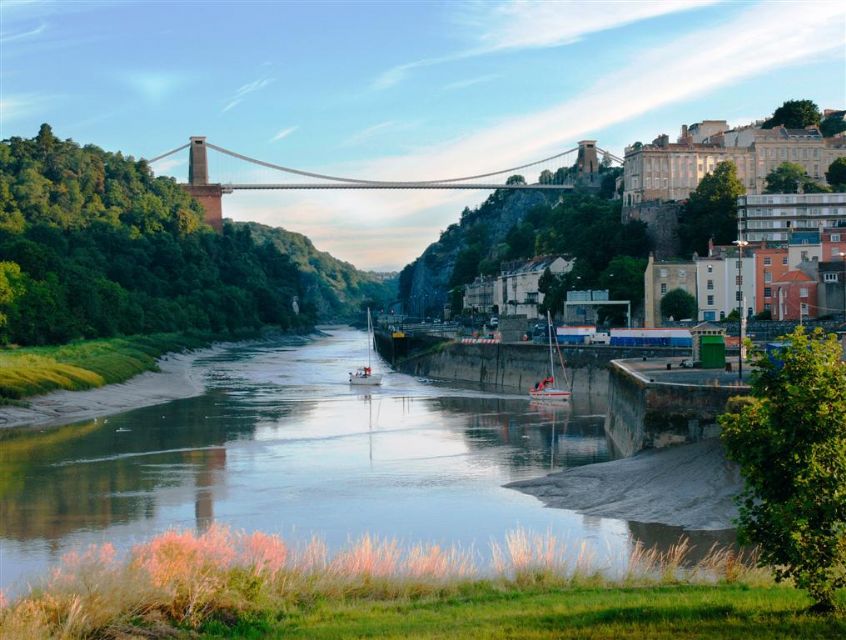 ‘Pictures of Bristol’ is a three-movement suite for symphony orchestra. It depicts three Bristol scenes: the Avon Gorge, the Downs, and the Harbour. These were written for the tenth anniversary celebrations of the Brunel Sinfonia in March 2015, and performed in the Victoria Rooms concert hall in Bristol.

Programme Notes:
Movement 1, ‘The Gorge’, begins with an angular motif featuring large intervallic leaps. The metre of this main theme fluctuates between three and four in a bar. The woodwind first play the theme, with strings echoing it in turn. A second theme is heard shortly afterwards in the celli and then with an answering phrase in the woodwind. As this second theme is passed around the orchestra, offbeat fragments of the first are heard in the woodwind. Rapid modulations serve to further illustrate the gorge’s rocky, changeable nature. After a recap of the first section, there is a clarinet solo accompanied by punctuated ‘col legno’ strings. After this, the music becomes graver and the metre changes to 4/2, with a new minor theme heard first in the brass and then adopted by strings. The woodwind interjects with fragments of the first theme which become increasingly frequent and insistent. Finally, the first theme returns in full for the movement’s conclusion.

Movement 2, ‘At the Harbour’ seeks to portray a more mellow and serene mood, evoking Bristol’s waterfront. The main theme is an elegant, major melody despite some unpredictable changes metre. Soft pulsing crotchets in the accompaniment outline the harmony. The woodwind enter with a second theme, also classical and sedate in character. Sections of each motif are passed between the wind and strings, undulating back and forth between keys and with occasional pauses to mirror the uneven metre of the first section. The strings then present the second theme more fully, before adopting the first as a countermelody over the second. The two themes are thus intertwined in the final section, before an understated and piano ending.

Movement 3 is an energetic jig. The Downs are one of Bristol’s most famous landmarks and here they are depicted through a folk-style dance, as if imagining celebrations held on them in times gone by. The idea behind its several themes is that each has an increasingly large range, as the dance becomes ever more frenetic. The harmony is mainly modal, with descending horns and clarinets emphasizing the flattened seventh. The dynamics also increase throughout the movement, going from a piano opening with upper strings alone and stopped horns providing subtle drone notes, to lively piccolo and flute solos. The horns and trumpets are heard more prominently in the middle sections, with full brass entering by the end for a fortissimo, wild and whirling finish.